I own a small personal position in HSW that I acquired a few weeks ago in the 110-112p range. I’m in two minds about this idea because turnarounds rarely turn and internet businesses can change extremely quickly. I also reckon there is a good chance things get worse before they get better (as revenues lag change/costs) so more nimble investors may get a more attractive entry point. I have not bought a full size position for this reason.

This is not an investment recommendation, do your own analysis and don’t rely on anything in this report. Also, be cognisant of the different currencies involved (reports in Euro, is listed in Pounds)

Anyway, have a read. I’d be interested in having discussions with people, because I don’t feel overly confident in this idea.

I believe Hostelworld currently presents an attractive, asymmetric turnaround situation. Forced selling from Woodford Investment Management in 2018 and then Capital Group in 2019, combined with a deterioration in operational performance has resulted in the share price declining ~75% and trading at ~5X free cash flow while providing a 10% dividend yield.

Even assuming the business deteriorates at an accelerating rate (resulting in FCF halving) and applying a conservative 6X multiple, downside looks limited to ~75p (35% from current levels, 25% from proposed buy price). This creates a favourable risk/reward skew, because if the management team can show any signs of returning the business to top line growth, it would not be difficult to see the business being worth 250p (3:1 risk reward currently, vs >5:1 at 100p)

Hostelworld (originally Web Reservations International), founded in 1999 by Ray Nolan is an Online Travel Agency (OTA) specialising in the Hostel niche. It grew quickly and profitably, reaching €40m in revenue and €20m in EBITDA by 2009 when he sold it to Private Equity firm, Hellman & Friedman for in excess of €200m. In 2013, the company acquired its closest peer, HostelBookers.com, which took group revenues to ~€80m and EBITDA over €25m.

In 2015, the company was brought to the public markets in an IPO that valued the company at ~£177m (note Pounds not Euros), providing the capital to pay-down the substantial debt the company had accrued under PE ownership and for H&F to exit the majority of their stake.

Hostelworld’s platform is not dissimilar to that of other OTA’s such as Booking and Expedia, however, they have chosen to focus exclusively on the Hostel industry. In doing so, they have managed to carve out a profitable niche, where travellers are provided with a better selection of extensively peer reviewed Hostels, and Hostels are supplied with a more profitable average booker: because someone booking via Hostelworld is very aware they’re booking a Hostel they typically spend more on the Hostel’s higher margin ancillary services (bars, restaurant, tours, etc.). The new management team is working with a third-party data supplier to further tease out these profitability differences (between a Hostelworld traveller and one from Booking) to drive further exclusivity in their supply base.

This difference in customer base between Hostelworld and the larger OTA’s (Booking & Expedia) is evidenced by the average review score on like-for-like hostel’s being ~79% higher on Hostelworld vs. the others – indicating the average traveller enjoyed it more (because it was what they expected and wanted!).

The exclusive inventory can also be verified through spot testing availability for a random sample of hostels. The following was performed and provided by the company:

Therefore, in 27% of the comparisons they made, Hostelworld had exclusive inventory.

This is not a large enough sample size to draw much from, but it does seem like most of Hostelworld’s edge in exclusive inventory may be in South East Asia. It is worth noting that exclusivity was not a focus for the prior management team, but the new CEO realises this is a key edge and is focussed on driving more exclusive inventory.

The company looks to have a good brand, evidenced by their organic lead generation:

This is further evidenced by their low relative marketing cost per booking, and the declining trend in recent years as they introduced their app:

Further market research provided by Hostelworld seems to support the conclusion that they do have a good brand:

From the data provided by the company, combined with other research, it seems Hostels as an industry is a growth market (although difficult to strip out Hostels vs. tourism in general). Anecdotal data also provides some support that Hostels are growing, with many millennial travellers more focussed on “experiences” and travelling alone, which provides a tailwind for the industry. 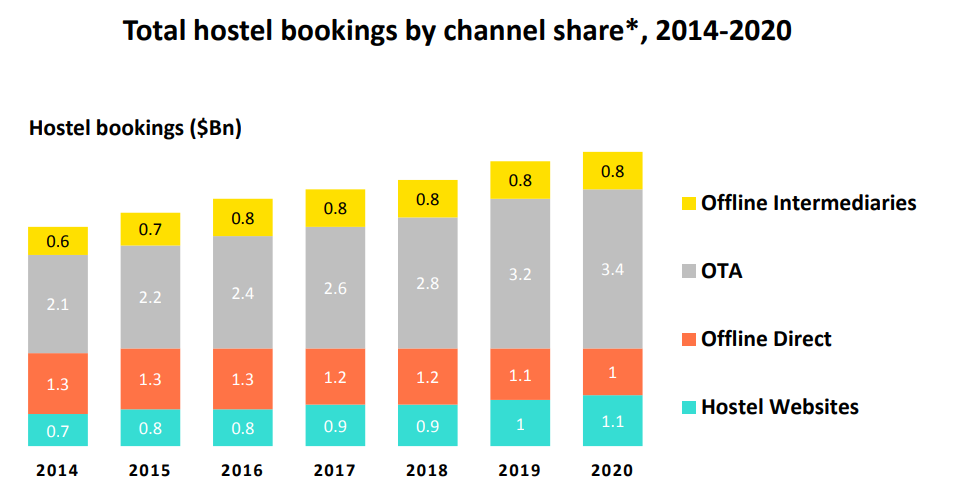 These changes should not require a material amount of incremental spend, because they already have a large IT/development team. Therefore, they simply need to redirect their energy. 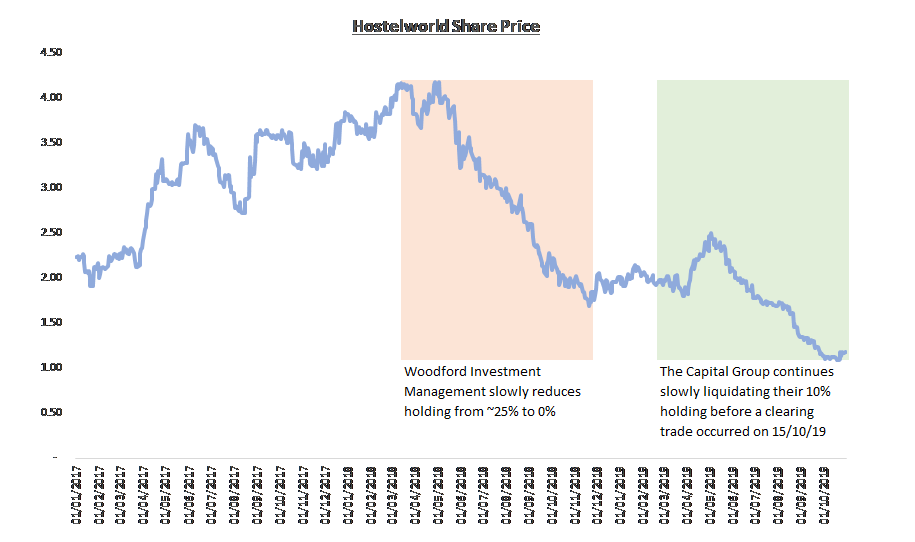